The Hindu Vocabulary: Vocabulary is a must for candidates appearing in any competitive examination. So here we bring you The Hindu Vocabulary on daily basis to increase vocab power and helps you in your preparation for many exams like Banking, Railway, Insurance, SSC, and other Government exams.

The Hindu Vocabulary includes the word with the meaning, synonyms, antonyms along with the example given in “THE HINDU” Editorial pages. As we all Know in English section the vocabulary comes from THE HINDU Newspapers in the most bank and competitive exams and it is very essential to read and memories vocab from The Hindu Vocabulary daily. You can easily learn The Hindu Vocabulary words form our ExamsCart App on regular basis. 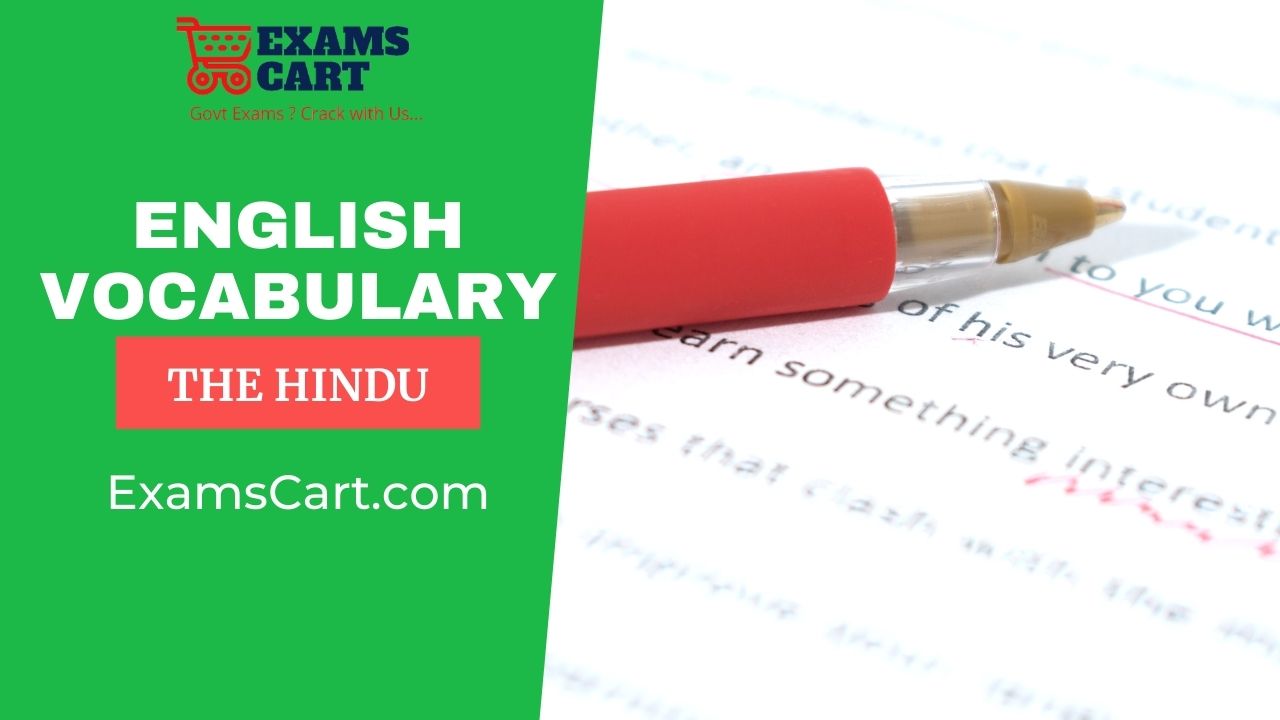 4. LUDICROUS (ADJECTIVE): (ऊटपटांग): absurd
Synonyms: bizarre, comical
Antonyms: normal, ordinary
Example Sentence:
It was a ludicrous statement made by her.