Dear Aspirants, Static GK Quiz plays a vital role in all competitive examinations. A major Number of questions were asked from Static General Awareness Topics in an examination such as; Bank, SSC, Railway & CLAT. There is a feast of PDF materials were available online for Static GK Questions. But we can’t find the par excellence materials which cover all important General Awareness Questions MCQs. We ExamsCart Team have provided a complete list of Expected Static General Knowledge Questions on each topic. This Page contains Static GK Quiz of all important topics from which we can expect questions in competitive examination. 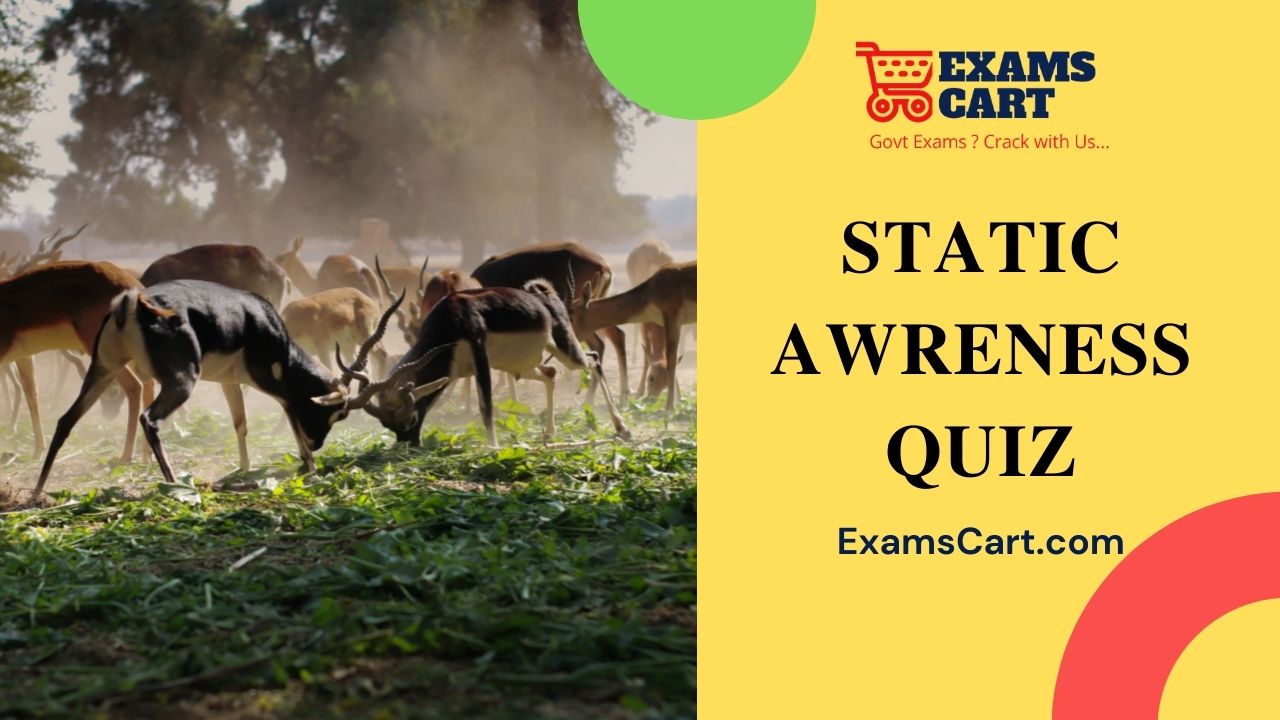 ExamsCart - November 4, 2022 0
%d bloggers like this:
We use cookies to ensure that we give you the best experience on our website. If you continue to use this site we will assume that you are happy with it.Ok