Reasoning section contributes majorly in the SSC Exams especially the Tier 1 exams. Candidates must practice the reasoning section thoroughly to make sure you can not miss scoring high marks in this particular section. So, here we are providing Daily Reasoning Quiz for SSC MTS and Railway Group D Exams.

Q1. From the given alternatives, select the word which CANNOT be formed using the letters of the given word.

Q4. The following equation is incorrect. Which two signs should be interchanged to correct the equation?

Statement I: No spaghetti are noodles
Statement II: Some food are spaghetti

Conclusion I: All noodles are food
Conclusion II: All food are noodles 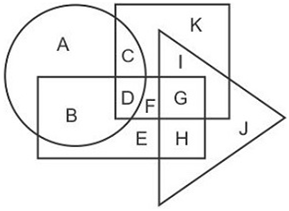 Q10. A series is given with one term missing. Select the correct alternative from the given ones that will complete the series.