In this post we are providing you with the daily Reasoning Quiz for RRB NTPC and SSC Exams. Attempt Reasoning Quiz For SSC and Railway daily, analyze your score and revise the topics that are refraining you from scoring full marks in this section.

Reasoning section contributes majorly in the SSC Exams especially the Tier 1 exams. Candidates must practice the reasoning section thoroughly to make sure you can not miss scoring high marks in this particular section. So, here we are providing Daily Reasoning Quiz for RRB NTPC and SSC Exams.

Statement I: All bolts are nails
Statement II: Some screws are bolts

Conclusion I: All nails are screws
Conclusion II: All screws are nails 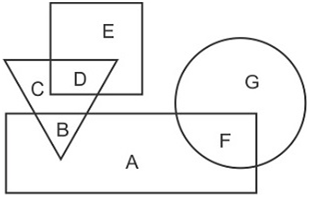 Q5. A series is given with one term missing. Select the correct alternative from the given ones that will complete the series.

Q6. In the following question, select the missing number from the given series.

Q7. In the following question, four groups of three numbers are given. In each group the second and third number are related to the first number by a Logic/Rule/Relation. Three are similar on basis of same Logic/Rule/Relation. Select the odd one out from the given alternatives.

Q8. If a mirror is placed on the line MN, then which of the answer figures is the right image of the given figure?

Q9. Which of the following cube in the answer figure cannot be made based on the unfolded cube in the question figure?