The Economic Survey provides a summary of the annual economic development across the country during a financial year.

The Economic Survey of India is an annual document of the Ministry of Finance, Government of India. The Department of Economic Affairs, Ministry of Finance presents the Survey in the Parliament every year, just before the Union Budget. It is prepared under the guidance of the Chief Economic Adviser of India. This document is presented to both Houses of Parliament during the Budget Session. 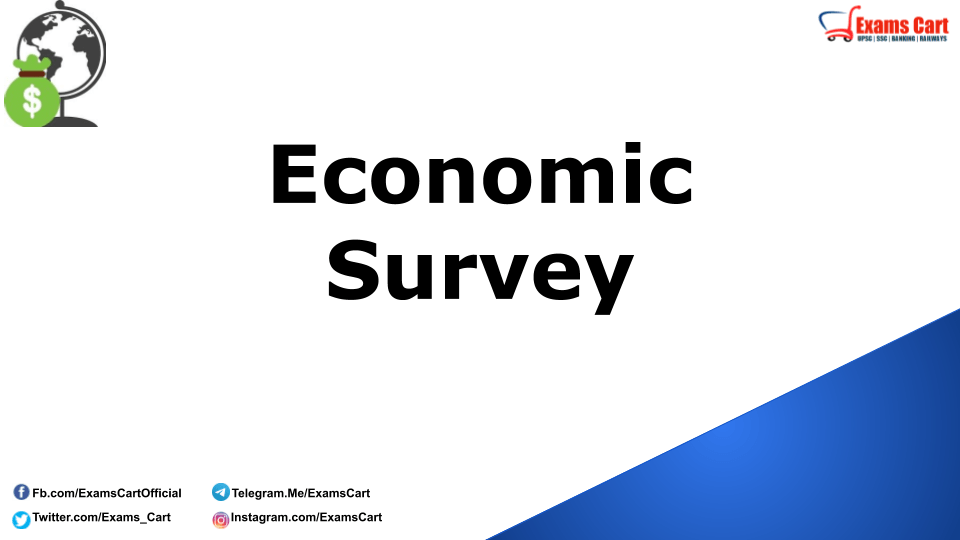 © 2020 ExamsCart.com
%d bloggers like this:
We use cookies to ensure that we give you the best experience on our website. If you continue to use this site we will assume that you are happy with it.Ok