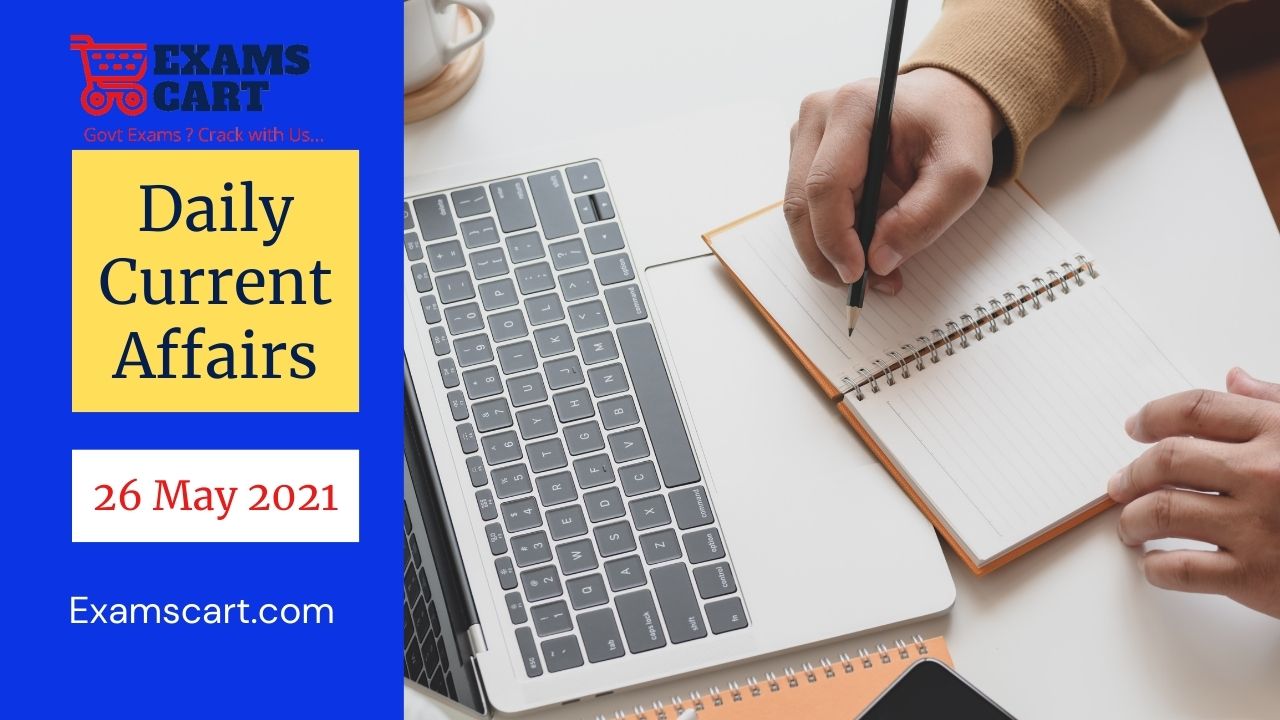 World’s largest iceberg A-76 breaks off in Antarctica
Recently, the world’s largest iceberg has been discovered in Weddell Sea of Antarctica as per the information by European Space Agency (ESA). The iceberg, named A-76, broke off from the western side of the Ronne Ice Shelf, one of the biggest of several gigantic floating sheets of ice in the continent.

Barclays Revises India’s GDP Estimate for FY22 to 9.2%
The British brokerage company, Barclays has cut India’s GDP growth estimate for FY22 by a sharp 0.80 percent to 9.2 percent from its previous estimate of 10 percent. The downward revision is because the economic impact of the second wave of Covid infections has been deeper than initially expected.

Amazon buys James Bond owner MGM for 8.45 billion dollars
Amazon Inc said that it is buying MGM, the fabled US movie studio home to the James Bond franchise, for 8.45 billion US Dollars. The deal will give Amazon a huge library of films and TV shows and ramp up competition with streaming rivals led by Netflix and Disney.

NASA plans to send Rover ‘VIPER’ on Moon in 2023 to search for water, other resources
The US space agency National Aeronautics and Space Administration (NASA) has planned to send its first mobile robot to the Moon in late 2023 in search of ice and other resources on and below the lunar surface. The robot is named as Volatiles Investigating Polar Exploration Rover (VIPER). The mission is a part of the Artemis programme of NASA, under which it will send robots and humans to explore more of the Moon than ever before.

NASA Partners ISRO to develop Earth System Observatory to address Climate Change with better Disaster Management
The US Space agency National Aeronautics and Space Administration (NASA) is developing a new system called the Earth System Observatory, to mitigate efforts related to climate change and disaster mitigation. NASA has also partnered with the Indian Space Research Organization (ISRO) which will provide NASA-ISRO Synthetic Aperture Radar (NISAR). NISAR will carry two radar systems to measure changes in the Earth’s surface, during one of the observatory’s first missions intended as a pathfinder.