If you are preparing for banking examination, you must know the importance of computer awareness Quiz. Computer Technology has its application in almost every field. All the banking activities take place with the help of computer technology, so it is but obvious to be a part of question paper. Computer is the key component of SSC, Railway, upsc and other Competitive exams. Computer Awareness Quiz comprises of important Questions for Competitive exams.

The Computer Awareness or Computer Knowledge section is common to most of the Government and Banking recruitment tests. This section can be a game changer because the questions asked here are pretty easy, relating to basics, acronyms, shortcut keys, etc. Despite its significance, the section is often overlooked by aspirants. Considering the extreme competition where you cannot afford to lose 1/4th of marks, here we bring to you Computer Awareness Quiz to help you prepare for upcoming exams like, IBPS RRB Assistant, RRB PO, NABARD Assistant, NIACL Assistant and many more, without putting any extra effort. Keeping this in mind we have compiled a quiz on Computer. Attempt our quiz to test your preparation level. 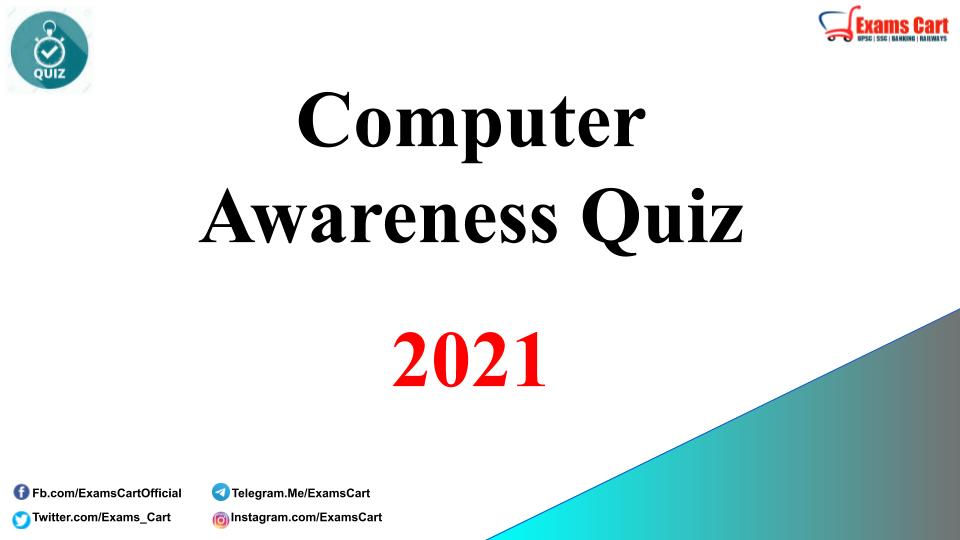 1.Second Generation computers were developed during ____.

2.Microprocessors as switching devices are for which generation computers?

3.Which of the following devices can be sued to directly image printed text?

5.An error in software or hardware is called a bug. What is the alternative computer jargon for it?

6.Personal computers use a number of chips mounted on a main circuit board. What is the common name for such boards?

7.What is meant by a dedicated computer?

2. Which is assigned one and only one task

8.A computer program that converts an entire program into machine language is called a/an ____.

9.A computer program that translates one program instructions at a time into machine language is called a/an____.

10.A fault in a computer program which prevents it from working correctly is known as _____.

Find Essay Writers to Help with Your Research Papers